Insomnia Due to Heart Disease

A local support group for heart and stroke patients asked me recently to give a talk about acupuncture and Chinese medicine at one of their monthly meetings. One gentleman approached me afterwards and said that he had not slept well since his heart bypass surgery, which had been about three years earlier. This did not surprise me, as the Heart in Chinese medicine is said to house the spirit and has a lot to do with the body’s ability to sleep peacefully. Since the problem was becoming really worrisome (he only slept two hours a night), and he did not want to add another medication to his long list of prescriptions, he decided he had nothing to lose by trying acupuncture treatments. 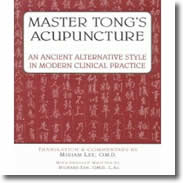 We started weekly treatments. I used points that are well known to calm the mind and nourish the heart to help sleep. For a couple of weeks, he would sleep better for a night or two only to return to the same pattern of two hours a night. After four treatments he was getting discouraged, and even though I did not expect to turn around a three year-old habit overnight, I was searching all of my materials for the best protocol for his constitution.

As so often happens when I return to my well-read reference books, I stumbled across a point that I thought would help my patient. A Master Tung point that is used for poor sleep due to heart disease – 77.17, Tian Huang or Heavenly Emperor. Though most of Master Tung’s acupuncture points are not on the regular meridians, this was one point that is located exactly at Spleen 9. Never in my TCM training was this point emphasized for heart disease. It is a point used for water metabolism – abdominal bloating and edema of the legs. And yet, in Miriam Lee’s book, “Master Tong’s Acupuncture”, she recalls cases where she observed Master Tung use this point for heart disease problems, including poor sleep.
Since purchasing this book, I have been told that there are typographical errors and incorrect point locations and diagrams. So, it may not be the best reference for Master Tung points, but I still find the case examples invaluable. And this is an excellent example.
The next treatment I gave included Du20, Yintang, Ear shenmen and point zero bilaterally to calm the mind, and Tian Huang. That was it. The gentleman slept 6-7 hours a night every night that week! We repeated the treatment another two times. It has now been several weeks since I have seen him, but he called the other day just to wish me a happy New Year and to tell me that he was still sleeping fine.
These are the times that I absolutely love what I do!

About the Author:
Joyce Marley is a licensed acupuncturist with a practice in New Hartford, NY. She writes alternative health articles about acupuncture and Oriental medicine.