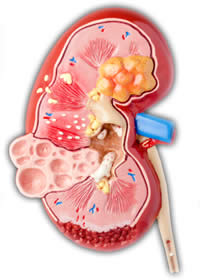 In the following article, Dr. Jake Fratkin gives us an acupuncture protocol to help pass kidney stones during an acute attack. He also, talks of an herbal product that he himself has formulated to treat and prevent kidney stones.

I created AMBER STONE FORMULA as a variation on PASSWAN, a Chinese patent medicine for the treatment of kidney stone from Bai Yun Shan Pharmaceutical Manufactory in Guangzhou. PASSWAN has become generally unavailable in the United States, and few American companies have elected to offer a kidney stone formula. The original name, PASSWAN, I suppose is a Chinese-English variation for Pass (the Stone) Wan (Pill). Its Chinese name is te xiao pai shi wan, which translates as “Specially Effective Expel Stone Pill”. The formula is certainly “Specially Effective.” I have heard of cases of acute stone impaction that would release within 30 minutes of taking the pill.

The Herbal Formula. The original formula had the following composition:

*(Unknown herb. Translates as Sand Cow, and in fact could be stones or sand from a cow’s bladder or kidney.)

Our formula for Golden Flower is as follows:

The original formula has 11 ingredients, while ours has 10 herbs. Five herbs are the same. The lead herbs are Desmodium Jin Qian Cao and Lygodium Hai Jin Sha. These two herbs together act synergetically to dissolve stone, and offer a significant contribution to the treatment of kidney stone. Western medicine currently employs ultrasound to crack a stone, but this approach shatters the stone into small pieces which injure local tissue as they are expelled. The combination of Jin Qian Cao and Hai Jin Sha actually dissolve the stone, allowing expulsion without damage.

Millettia Ji Xue Teng is a both a blood tonic as well as a blood mover, but in this formula it is included to relax spasm, a chief feature of acute stone obstruction. Notoginseng Sheng Tian Qi helps to stop bleeding. The last shared herb of the formula is Succinum Hu Po, or amber pine resin, which is used synergestically with Desmodium Jin Qian Cao and Lygodium Hai Jin Sha to treat urinary obstruction and dissolve stone.

In my formula, I also added herbs to reduce kidney and bladder damp heat, namely Pyrrosia Shi Wei, Dianthus Qu Mai and Talcum Hua Shi. Damp heat is the underlying condition that allows stones to form in the first place. The heat congeals stones, and it is important to clear heat to address the root cause. These damp heat herbs specifically go to the kidney and bladder.

Cause and Prevention of Kidney Stone. In Chinese medicine, a kidney stone forms because of chronic heat. This heat can be due to low level infection, following a more acute infection, creating a classic damp heat presentation. More often, it comes about following a long-term deficiency of kidney yin. This may be a constitutional issue, and explains the frequency of kidney stones among members of a single family. Following acute presentations, patients should be evaluated for either damp heat in the kidneys or and underlying kidney yin deficiency, and treated accordingly. The Chinese recommend that patients with a history of kidney stone take a kidney stone formula for three or four days every month. This will reduce residual damp heat, as well as dissolve any stone that is beginning to form.

Another preventative measure for patients with recurring stones is to pound the area of the kidneys with one’s fists on a daily basis. This vibrates out small casts as they are created. The kidneys lie high up in the back, protected by the 10th to 12th ribs, and are pounding high along the spine.

Treatment During Acute Attack. In an acute attack, I would recommend taking the Amber Stone Formula at 4 tablets every 2 hours until the stone is released. I would follow up with the formula for 5 days to reduce damp heat, stop bleeding, and to repair the epithelial tissue of the ureters. I would also recommend taking 3 to 4 tablets, two times a day, for three days on a monthly basis, as a preventative.

There is an acupuncture protocol that can dilate the ureters and discharge a stone in an acute episode. The treatment is unilateral to the affected side, with needles placed at Ki 5, Bl 23, GB 25, and Sp 6. The GB 25 location should be dead-center at the most painful area. All needles are attached to electric micro-stim, with dense dispersal sequence, alternating between 5 hz and the highest hertz frequency available on the machine. (Certain Japanese machines can go to 1500 Hz). This will dilate the ureter and allow passage of the stone into the bladder. Do for 10 to 30 minutes, until the stone is discharged. If not, repeat with 30 minute breaks in between.

My Own Experience. I had three kidney stone attacks. On the first, I had no idea what was happening, but it felt as if my spleen was exploding. The kidney has no elastic tissue in it, and it is not meant to swell. My kidney was swollen 1/3rd larger than the other, and the pain was horrific. I drove myself to a hospital, where I was given Demerol and IV fluids, and waited it out until it passed. For my second attack, ten years later, the above acupuncture protocol was performed on me by my clinical partner. The stone discharged after 40 minutes. Eight years later, in 1997, I had another attack. I took Passwan in a large dose, and administered the acupuncture myself. (No small feat. I was in incredible pain, and had to needle and then attach tiny electrical clips to needles at Bl 23 and GB 25, which I could not see). The stone discharged in 10 minutes.

In my case, both my father and brother had kidney stones. Also, I had previously had a serious bacterial infection in my kidneys, leading to a chronic damp heat condition. At this point, I take Amber Stone as a preventative, do the daily kidney pounding, and still wait in dread for the next unannounced attack. I am confident however that this routine of preventative care, using Amber Stone Formula with daily kidney pounding, will prevent future attacks.

Jake Fratkin, OMD Lac is a renowned author and teacher in the field of Chinese herbal medicine and has graciously given me permission to reprint his articles. He is author of Chinese Herbal Patent Medicines: The Clinical Desk Reference