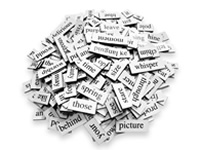 Last year a woman called me and asked if I had ever done an acupuncture treatment for spasmodic dysphonia. At the time I had to admit that not only had I never treated it, I also had never heard of it. She told me a little about her condition and said that she had found information on the internet about acupuncture having had some success in the treatment of spasmodic dysphonia.

Spasmodic dysphonia is a chronic voice disorder. With spasmodic dysphonia, movement of the vocal cords is forced and strained, resulting in words coming out in a jerky, quivery, hoarse, tight, or groaning voice. Vocal interruptions or spasms, periods of no sound (aphonia), and periods when there is near normal voice occur. Many patients experience tension in the muscles surrounding the neck and shortness of breath. Spasmodic dysphonia can develop into a fear of speaking that can interfere with holding a job. Use of the phone may be especially difficult. In the case of my patient, a lawyer, her whispers were often misinterpreted as an effort to hide something and led to suspicion on the part of her clients. Like many people with spasmodic dysphonia, she had been misdiagnosed for months. I learned that some people may go years before a correct diagnosis is reached. I was intrigued and followed up on her research. She agreed to come in for a consultation.

The pilot study that she was referring to can be found here . The study, “Acupuncture For The Treatment of Adductor Spasmodic Dysphonia”, was conducted in 2001 by Dr. Steven Scheer and Dr. Linda Lee. It was small, only 10 participants, but the results were encouraging and because the participants showed significant improvement after only eight acupuncture treatments they concluded that further studies of the use of acupuncture for spasmodic dysphonia should be considered. They suggested that future studies consider additional styles of acupuncture such as scalp acupuncture or Koryo Hand acupuncture.

The study documented above used points on the Lung and Large Intestine meridians and a local Stomach meridian point, ST9. Points were stimulated with electricity. Ear acupuncture points were added to represent the larynx. The ear points seemed to be especially effective. In my practice, my most effective acupuncture treatments are based on Dr. Richard Tan’s Balance method and Master Tung acupuncture points. Very rarely are local points or electrical stimulation used. I explained to her that I would like to try treating her condition with a slightly different approach from the study she had read and she agreed to a series of treatments.

For my treatments, I used Master Tung points 77.24 Zuqianjin and 77.25 Zuwujin bilaterally on the leg. They are indicated for throat problems. These points are named after metal (jin) and are therefore related to the lung and large intestine. I did use the auricular larynx acupuncture points since they were so effective in the pilot study and did not interfere with the energetics of my treatment.

I also added three points bilaterally on the Pericardium meridian on the inner wrist. The first point is a half inch proximal to P6. The second point was a half inch distal to P6. And the third point was 1.5 inches distal to P6. I chose these points for several reasons. Holographically this image represents the throat area. In Traditional Chinese Medicine (TCM), P5 is often used for a condition called “plum pit qi”. Plum pit qi, or as western medicine calls it, globus hystericus, is the sensation that something is stuck in the throat. The condition is worse with stress, as is spasmodic dysphonia for some people. I also based my choice for these points on the Balance method theory that the Hand Jue Yin meridian (Pericardium) balances the Foot Yang Ming (Stomach) meridian which runs alongside the larynx. These two meridians also balance each other because they are opposite each other on the chinese body clock. The choice to use three points close together on the same meridian is based on the Master Tung Dao Mai or point coupling technique. Master Tung also used acupuncture points near tendons to treat tendon issues. Since spasmodic dysphonia is a rare neurologic spasm of the tendon-like vocal cords, this also reinforced my decision to use the pericardium acupuncture points.

The results for my patient were encouraging. She noticed an improvement in voice quality and a relaxation of the neck muscles making it easier to produce sound. The improvement would last several days after each treatment. At one point, I instructed her in the use of acupressure on the Korean hand acupuncture point correlating to the larynx. She used a ballpoint pen to stimulate this point on the palmer side of the distal joint of the middle finger during a phone conversation, and found that her normal voice replaced what had been a raspy whisper the whole time she applied pressure to that point!
Because she lived a distance from my office, she did not continue with treatments. She decided to pursue Western medical treatment which consists of periodic botox injections. I was surprised, as following the botox injection, she would have difficulty swallowing and the voice would be a whisper for at least a week. Then she would have a normal voice for several weeks, before her condition would again deteriorate. So, she was facing botox injection therapy every three months only to have a respite from her condition for a maximum of 6-8 weeks. Over time, the botulinum toxin may lose its effectiveness. Even worse, there is now some research that indicates there may be risk associated with these injections.

I would love to see further research done on the use of acupuncture to help those suffering from spasmodic dysphonia. Based on my own experience, I believe that acupuncture can help this condition.

About the Author
Joyce Marley is a NYS licensed acupuncturist and is trained in Traditional Chinese Medicine. She incorporates many of Master Tung’s acupuncture points in her treatments.